This a great place to visit while you are on island. There is a flurry of information on the history of the Hawaiian people and the kapu system. There is a $5.00 parking fee and if your timing is right, you may get to join in on a guided tour from a Park Ranger.

The Place of Refuge is otherwise known as Puʻuhonua o Hōnaunau and is a National Historical Park located on the western shores of the island of Hawaii. The historical park is a preservation on the site where Hawaiians who broke a “kapu” (one of the ancient laws) could avoid the death penalty if they fled to this place of refuge or puʻuhonua, this applied up until the early 19th century.

The convict would be absolved by a priest and freed to leave if they were able to make it there. Defeated warriors and non-combatants could also find refuge here during times of battle. The grounds just outside the Great Wall that encloses the puʻuhonua was considered home to several generations of Hawaiian chiefs. 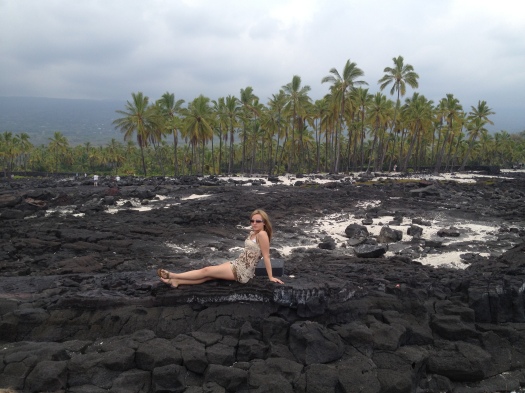 The park is a reconstruction of the “Hale O Keawe heiau”, which originally was built by a Kona chief named Kanuha in recognition of his father King Keaweʻīkekahialiʻiokamoku. After the death of the King, his bones were entombed within the heiau. The nobility (ali’i) of Kona continued to be buried there until the abolition of the kapu system. The last person buried there was a son of Kamehameha I in 1818. 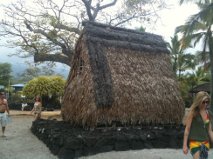 It was believed that even more protection was given to the place of refuge from the mana in the bones of the chiefs that were buried there. It managed to survived several years after other temples in the area were destroyed. It was looted by Lord George Byron in 1825. In 1829, High Chieftess Kapiʻolani removed the remaining bones and hid them in the cliffs above nearby Kealakekua Bay. She then ordered this last temple to be destroyed. The bones were later moved to the Royal Mausoleum of Hawaii in 1858. I highly advise a visit here to the Place of Refuge and don’t forget to bring your snorkel gear (there are no rentals on-site). Two-Step is located on the same bay. Two Step is a fish sanctuary that have calm waters where you can swim with the dolphins and other marine wildlife! This is a full day adventure and I know you’ll love it!
I hope you enjoyed this article about the Place of Refuge! If you would like to stay updated on our new stories, “Like us” on Facebook or follow our Twitter feed. We also have a Google+ account, Flickr account, and many other social media venues!